NCsoft today announced that the first 1v1 PvP season of Blade & Soul will begin on April 13. Those who are looking to prove their worth as masters of their martial arts will have new rewards to collect. In addition to rewards gained at the end of the season, weekly rewards will also be given out for participating and maintaining—or improving—your class rank.

Along with the official in-game season rewards, NCsoft will also give out exclusive rewards to the winners of partnered NCSoft community tournaments. You can find more details about the event on the official announcement here. 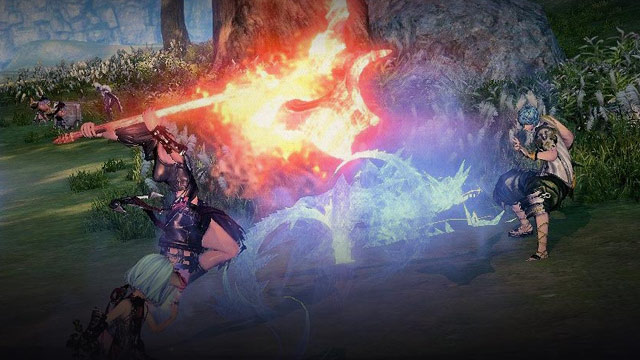 Besides, the Spring Treasure Trove event is also going to be held from April 13 to April 27. This event offers adventurers the ability to unlock random treasure chests, and then purchase the highly sought-after rewards within for rock-bottom prices.
During the event period, players can click on the Treasure Trove icon at the bottom of your screen, and once per day per character unlock a treasure chest for free.

Additional chests can be opened by purchasing and using Spring Treasure Trove Keys. When opening a chest you’ll be presented with a selection of items to purchase from with gold. Check out the official post for more details.

Born with the mark of the Summoner, Joseph possesses a power greater than emperors and gods. As a child, he summoned a demon to save his village, and watched in horror as those he loved were destroyed. Nine years later, the armies of Orenia invade, and Joseph must confront the prophecy he was born to fulfill.

Summoner in Blade and Soul and its Familiar are a team, fighting together to overwhelm their enemies. The Familiar rushes into the thick of it, dealing heavy physical damage and holding the attention of their opponent. Meanwhile, the Summoner hangs back, supporting its Familiar with long range skills that both help their feline friend and hinder their shared enemy.

Don’t let the adorable appearance of these two fool you. The summoner attacks deal constant damage and can readily control the flow of battle, making it particularly hard to deal with. Even if one part of the team is defeated, it can revive its fallen ally and jump right back into the fight.

The Summoner and its Familiar are the strongest at transferring health from foes to themselves. While it is a great class for novices, actually mastering the Summoner is a difficult process given their wide range of tactics and abilities. 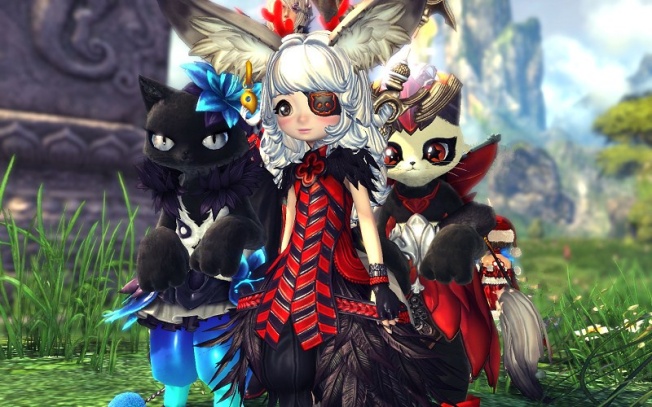 Key Features:
Traverse a beautiful, completely original world spanning two continents.
Up to 16 different creatures to summon and control in combat, such as minotaurs, golems, dragons, and original fantastical creatures.
Cast spectacular spells. Wield an arsenal of weapons. Clad yourself in the armor of a warrior.

Combat style: Weaken the monster by natural power, and then make summon beast to attack.
The summoner, a long-distance aggressive class, summons lovely kitten to attack through various moves, and also uses “dandelion seed” to protect the surrounding companion.

Class Feature
The summoner can issue order to the beast for attacking enemies, or support combat in the rear.

Most of the moves of the summoner are related with beast, so it has significant influence for the combat efficiency whether you have beast or not. The summoner has the lowest blood volume in all the classes, but it has high efficiency recovery means and safety situation when fighting.

Most of the combats depend on the summoning beast, so it is simple for training roles, but it has high requirement for the operation in PvP and other players’ combats.

It will make self-recovery for internal force in non-combat status. Also it can put to good use most of typical skill among all the classes, but with lower attack force.

All in all, Summoner in Blade and Soul is worth to play and hope all the players enjoy this class and have a good time. The above viewpoints are only for your reference.

The Korean server of Blade & Soul is going to get a highly-anticipated function: gender and race change. This function may probably require some cash, but the exact amount hasn’t been revealed yet. You can take a look at the short video below to see how this function works.

Last month, the Chinese server of Blade & Soul also announced the gender change function, with a gender changing card to be released this year. Currently there is still no word on this update for the western server, and I guess it may take a few months before it happens. By the way, the western server of Blade & Soul is just going to get the Silverfrost Mountains expansion. Don’t forget to try the new features on March 23rd.